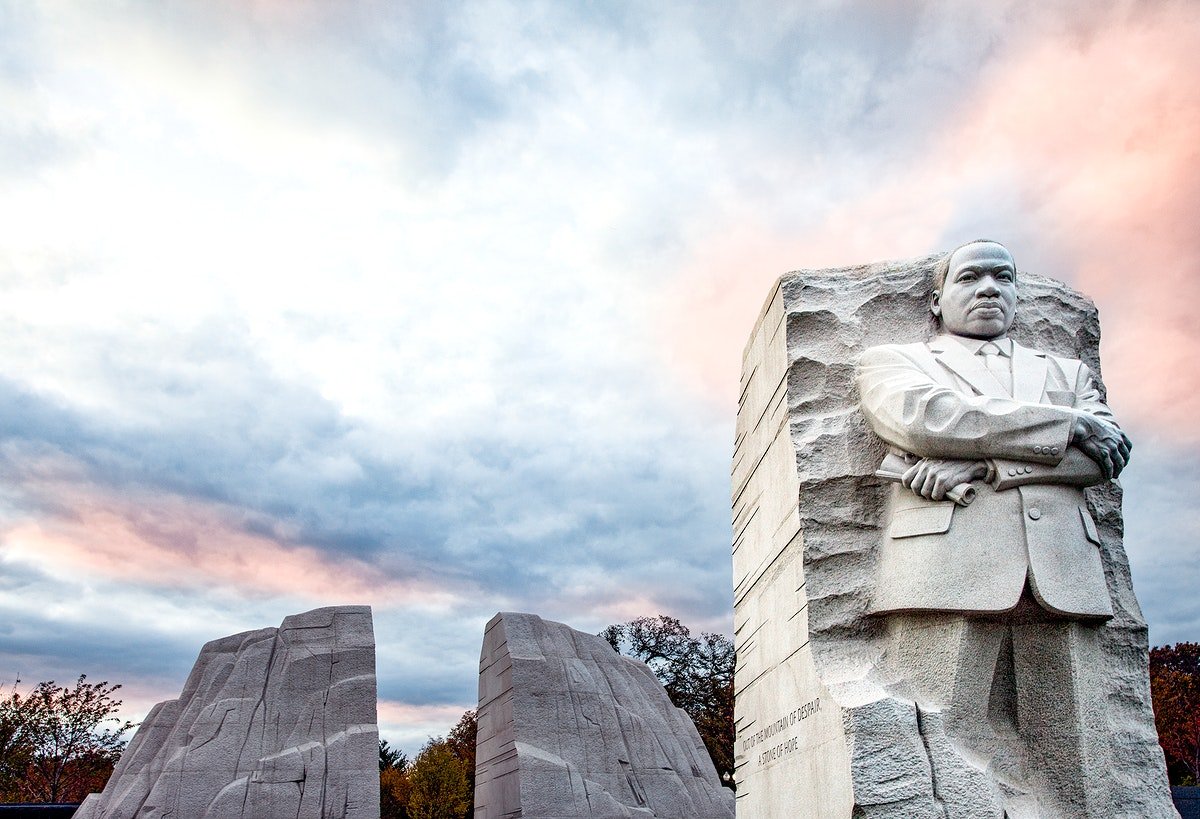 We have been celebrating the life of Martin Luther King on a national level since Congress passed a bill recognizing his birthday, January 15, as a national holiday in 1983. It is appropriate that America recognize and remember the man and his accomplishments, especially as they relate to civil rights. From this celebration, Americans have come to know some of his most famous speeches, many of which are referenced on the Martin Luther King Jr. Memorial in Washington, DC. Since MLK was also a Baptist minister, many of his sermons have also been memorialized. One of these messages was preached in Atlanta at Ebenezer Baptist Church on February 4, 1968, two months to the day before his death.

King’s sermon was an adaptation of the 1952 homily “Drum-Major Instincts” by J. Wallace Hamilton, a well-known, liberal, white Methodist preacher. Both men tell the biblical story of James and John, who ask Jesus for the most prominent seats in heaven in Mark 10:35-45:

James and John, the two sons of Zebedee, came up to Jesus, saying, “Teacher, we want You to do for us whatever we ask of You.” And He said to them, “What do you want Me to do for you?”  They said to Him, “Grant that we may sit, one on Your right and one on Your left, in Your glory.” But Jesus said to them, “You do not know what you are asking. Are you able to drink the cup that I drink, or to be baptized with the baptism with which I am baptized?”  They said to Him, “We are able.” And Jesus said to them, “The cup that I drink you shall drink; and you shall be baptized with the baptism with which I am baptized.  “But to sit on My right or on My left, this is not Mine to give; but it is for those for whom it has been prepared.” Hearing this, the ten began to feel indignant with James and John. Calling them to Himself, Jesus *said to them, “You know that those who are recognized as rulers of the Gentiles lord it over them; and their great men exercise authority over them.  “But it is not this way among you, but whoever wishes to become great among you shall be your servant; and whoever wishes to be first among you shall be slave of all.  “For even the Son of Man did not come to be served, but to serve, and to give His life a ransom for many.”

At the core of their desire was a “drum major instinct—a desire to be out front, a desire to lead the parade.” Dr. King warned his congregation that this desire for importance can lead to “snobbish exclusivism” and “tragic race prejudice”: “Do you know that a lot of the race problem grows out of the drum major instinct? A need that some people have to feel superior … and to feel that their white skin ordained them to be first.” Conversely, King preached that when Jesus responded to the request by James and John, he did not rebuke them for their ambition, but taught that greatness comes from humble servitude. As King put it, Jesus “reordered priorities,” and told his disciples to “Keep feeling the need for being first. But I want you to be first in love.”

This message can appropriately apply to each one of us. There is a natural tendency for man to pursue some kind of recognition or fame as a means of finding significance. Man needs to recognize that this force exists and that he should not allow it to take control. According to his message:

And so, before we condemn them, let us see that we all have the drum major instinct. We all want to be important, to surpass others, to achieve distinction, to lead the parade. Alfred Adler, the great psychoanalyst, contends that this is the dominant impulse. Sigmund Freud used to contend that sex was the dominant impulse, and Adler came with a new argument saying that this quest for recognition, this desire for attention,

This problem is tied to our human nature and is confirmed by the apostle Paul in Ephesians 2:1-6 when he states that there is an energy behind it, tied to “the prince of the power of the air” who exercises great influence over the unregenerate man:

And you were dead in your trespasses and sins, in which you formerly walked according to the course of this world, according to the prince of the power of the air, of the spirit that is now working in the sons of disobedience. Among them we too all formerly lived in the lusts of our flesh, indulging the desires of the flesh and of the mind, and were by nature children of wrath, even as the rest. But God, being rich in mercy, because of His great love with which He loved us, even when we were dead in our transgressions, made us alive together with Christ (by grace you have been saved), and raised us up with Him, and seated us with Him in the heavenly places in Christ Jesus.

There comes a time that the drum major instinct can become destructive. And that’s where I want to move now. I want to move to the point of saying that if this instinct is not harnessed, it becomes a very dangerous, pernicious instinct. For instance, if it isn’t harnessed, it causes one’s personality to become distorted. I guess that’s the most damaging aspect of it: what it does to the personality. If it isn’t harnessed, you will end up day in and day out trying to deal with your ego problem by boasting. Have you ever heard people that—you know, and I’m sure you’ve met them—that really become sickening because they just sit up all the time talking about themselves. And they just boast and boast and boast, and that’s the person who has not harnessed the drum major instinct.

The solution is found in the life of Jesus Christ and man’s relationship to Him. Paul tells us that the only permanent victory over this power is a living faith in what Jesus accomplished 2,000 years ago. In Ephesians 2:8, “for by grace are you saved through faith, and that not of yourselves; it is the gift of God”.But this problem is not solved by any membership in church. The religious man can learn to talk the talk, but walking the walk is a different matter. MLK says:

King recognizes this syndrome not only in the church, but also prevalent in America in his day.

But God has a way of even putting nations in their place. The God that I worship has a way of saying, “Don’t play with me.” He has a way of saying, as the God of the Old Testament used to say to the Hebrews, “Don’t play with me, Israel. Don’t play with me, Babylon.  Be still and know that I’m God. And if you don’t stop your reckless course, I’ll rise up and break the backbone of your power.” And that can happen to America. Every now and then I go back and read Gibbons’ Decline and Fall of the Roman Empire. And when I come and look at America, I say to myself, the parallels are frightening. And we have perverted the drum major instinct.

This condition of religiosity can only be properly addressed in man’s acceptance that the Law cannot bring one to intimacy with Christ since, apart from Christ, it only produces self-righteousness. In Galatians 3:23-29:

But before faith came, we were kept in custody under the law, being shut up to the faith which was later to be revealed. Therefore, the Law has become our tutor to lead us to Christ, so that we may be justified by faith. But now that faith has come, we are no longer under a tutor. For you are all sons of God through faith in Christ Jesus. For all of you who were baptized into Christ have clothed yourselves with Christ. There is neither Jew nor Greek, there is neither slave nor free man, there is neither male nor female; for you are all one in Christ Jesus. And if you belong to Christ, then you are Abraham’s descendants, heirs according to promise.

Jesus taught in the original passage that the key to our victory in Christ is found in our willingness to become a servant. He was teaching a new definition of greatness according to Dr. King:

MLK ends his message with a reference to his funeral and how he wished to be remembered. How prophetic were his words:

In 1 Corinthians 9:19, Paul says, “For though I am free from all men, I have made myself a slave to all, so that I may win more.” Dr. King closes his message with these words: