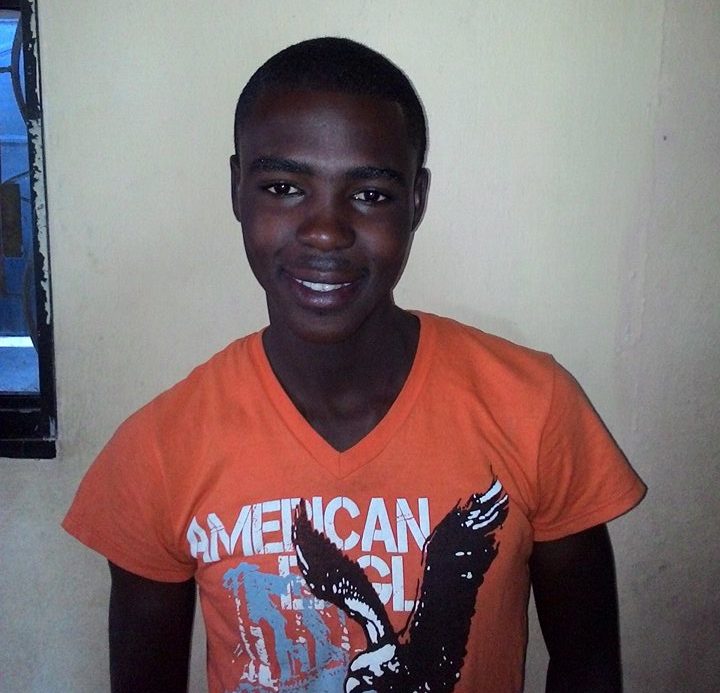 There is intrigue, and there is compassion.

There is the understanding that luggage carried into Haiti could hold an item to help an impoverished teenage orphan earn their own money for food: a staple gun, sewing supplies, a sewing machine, a wet-suit, an electric hair trimmer, a pot …

When people in Puerto Rico start handing us their used items, the barefooted children come to mind.  In Haiti, where clothing is washed by hand with every effort to preserve precious water,  where having two sets of shirts or pants is wealth, my paying for extra luggage and hauling the donated items through crowds and public transport may be a glimmer of the Lord’s goodness in the land of the living (Psalms 27:13).  I thank every generous donor and make sure things get there.

Sometimes there are moments when the item that was meticulously packed demonstrates His direct care.  Two specific and all-too revealing stories from this month come to mind:

A new boy has been around the mission/church house lately.  His story is the one I have heard hundreds of times.  At sixteen, his parents are dead.  He has a lady who lets him stay at her house, but it is up to him to find a way to feed himself.  No, he isn’t in school because of school fees.  No, he didn’t make it to church…he didn’t have proper shoes……the professional I met in San Juan before heading to the airport gave me some shoes.  Yes.  They fit.  God’s care is there.
He’s been thinking.  Maybe someone could loan him a motorcycle so he could drive “motor-taxi” to make some money.  My best counsel is that it is unlikely that anyone will want to lend a motorcycle to a 16-year-old.  Let’s call on Your specific care again, Lord!
I’ve been getting the young men in the house and church to help with some projects, and learn about home maintenance.  I gave them some pointers on preserving water (which is expensive and all too often unavailable)–things I learned while growing up in the islands.  For instance, if you have drawn water to bathe, stand in the basin and catch the falling water.  When you are finished, the water can be used to flush the toilet (Oh, Lord!  How the house could use to have the toilet flushed more than twice a day!).
Having accomplished a recent flushing, we set out to discover why the drain in the shower stall was stopped up and from whence came that remaining stench!  This was repeated several times during my visit and the mystery remained unsolved.  As the building is often full of young men, and as relieving oneself isn’t a particularly private event in Haiti, I happened to catch a glimpse of the new 16-year-old boy and was struck!  After further investigation, I ascertained both the reason for my sanitation struggle as well as a striking reality.  He, and possibly others using the mission-house bathroom, had no idea what the toilet was for!  Therefore, relieving oneself into the shower stall drain was the method of choice!  Working on that one…

The Joy of Toys Toys are not as essential as clothing, toothbrushes, and food, and I’ve brought very little in the way of toys on my trips.  This month, however, a friend had given me some new matchbox cars and I encouraged our son to add to the collection.  One day, when some women in the church were downs tairs working in the kitchen, I heard a unique pounding.  The cook’s 18-month-old child was contenting himself by playing with a rock, the diversion available to him while his mother toiled.  Whereas my son had selected from a vast variety of matchbox cars, this little boy was given two matchbox cars, possibly the only durable toys of his childhood to come.  The rock was quickly forsaken.
As a missionary, at some point, you grapple with the balance in drawing an audience to your “updates.”  The real and undeniable reality is that some are simply intrigued, and may, to a lesser degree, have substantial interests in sustaining the efforts toward the daily grind of building disciples.
The missionary  adventure piques our own senses to the unique and different aspects of this  “exotic life.”  This is a passing reality for many of us, but it need not be.  We can still adventure, with open eyes and heart, to the privilege of what it all means when there is a healthy balance.
The missionary adventure piques our own senses to the unique and different aspects of this 'exotic life.' Click To Tweet
A worse alternative is despair.  The material and educational needs may never be met, no matter how many generous souls find an outlet.  The government may never release the burdens of corruption, no matter how many moral and spiritual entreaties are broadcast from the Christian remnants.  We must, instead, focus our lens closer, ask the Lord for a vision to be used for one, by one, by one. Choosing quality over quantity, we run prayerfully into the provocation to trust God’s Sovereignty for those concerns too big for our finite souls to grasp or fulfill (Proverbs 3:5,6).
The missionary intrigue with Haiti may never end.  The great gulf of circumstances remains, and compassion should exist whenever stories come from her shores.  An author writing a title such as, “When Helping Hurts” could base his entire volume on futile, well-meaning thousands sent with a strong message: Dependency. Good comes from a foreigner…the “gospel” that is understood by the Haitian populace all too often.
Our missions effort has attempted to do another thing:  To train Haitians in Christian leadership.  To have them refrain from dependence from outside.  We have built no buildings in Haiti and have sent no regular salary to Haitians.  The men and women being trained rigorously in Bible doctrine and church leadership have well-understood that their completion of their training will not be followed-up by any more than their ability to help their churches strengthen in being self-sufficient.
But then, there is compassion.
— Pastor Julian Matthew Sprucing up the church/building by “re upholstery” job